I have 35 years of ministry experience shepherding and mentoring pastors and leaders in Africa and the U.S. I have found that the nature of these relationships has been relational, intentional, conversational, spiritual and, in many cases, lifelong. It has resulted in many, many rich, intimate friendships in the Spirit of Christ. 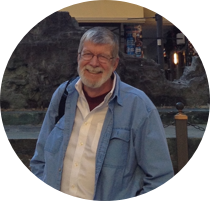 Bill Kieselhorst and his wife, Kathy, have served in pastoral and missions ministries for over 35 years. Bill was Senior Pastor of Ellensburg. WA Foursquare Church from 1982-87. He served as Missionary Advisor to West Africa for Foursquare Missions International from 1987– 1992, resident in Nigeria. He worked in leadership development for church planting and multiplication in five West African nations.

From 1992-2000 Bill worked as a District Missions Representative in the Pacific Northwest and served on the Foursquare Missions Council. Bill returned to Africa in 2000 to serve as Africa Regional Coordinator for Foursquare Missions International in Johannesburg, overseeing leadership development and strategic church multiplication in 32 African nations.

They returned home from South Africa in 2003 to continue teaching and mentoring missionaries in local churches. Bill served as Training Consultant with Bethany International’s GO 100 Project, developing indigenous schools of mission in Africa with an international consultation team.

Since 2009 Bill served as the North Pacific District Missions Representative where he consulted with local churches developing missionaries and missions outreaches locally and globally, while acting as liaison between local churches and Foursquare Missions International.

In the last five years Bill has begun to focus his mentoring and coaching experience on Spiritual Formation and Spiritual Direction.

Bill is a graduate of the Fuller Seminary School of World Mission. Bill and Kathy are members of East Hill Church. They have four grown children, three grandchildren, and live in Portland OR.